Prior to last week, my elephant-riding experience was limited to sitting atop a pachyderm at the renaissance fair in Colorado while someone led it around in a couple of circles. Thanks to a visit to the Baanchang Elephant Park in Chiang Mai, Thailand, I can now say that I have ridden multiple elephants as well as bathed them and fed them. Yes, I have had a close encounter of the Dumbo kind.

Visitors to Thailand often have reservations about going to elephant parks due to inhumane treatment of the gentle giants. For example, some feel hesitant about riding them at all and some don't like the fact that parks often use chains on the elephants' feet. I admit I found it a bit jarring that the elephants were chained up despite reassurances that they got plenty of exercise multiple times a day and were all rescued from prior lives of logging and other poor treatment. 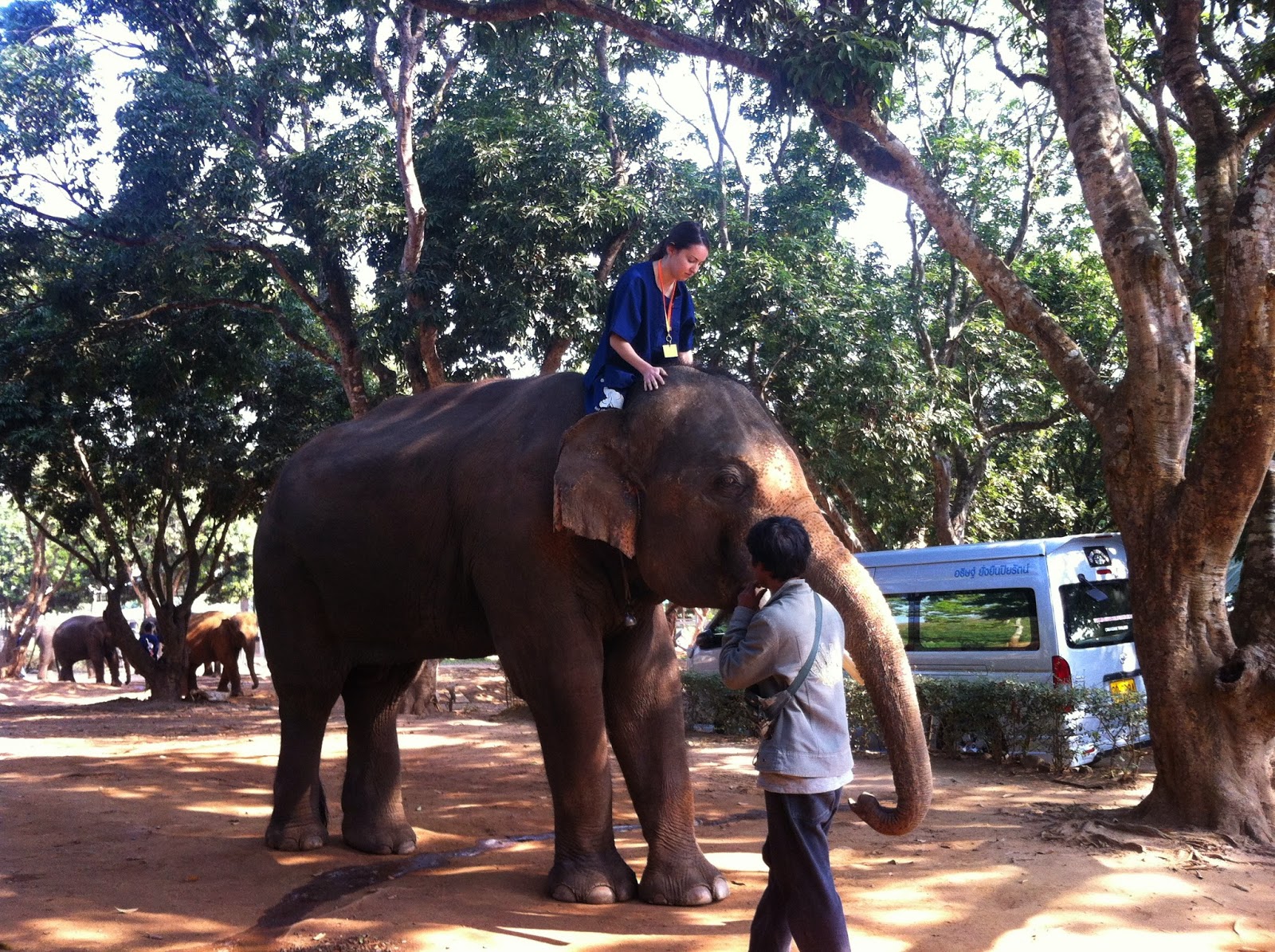 The park had over 45 elephants which we were able to feed mass amounts of banana and sugarcane. The hunger of the giant beasts never seemed satiated, their greedy trunks constantly reaching out to us as if magnetized, asking for more goodies. Their power as they ate became quickly apparent- their teeth crunched a bunch of bananas like it were a tiny marshmallow, swallowing it in one gulp. After feeding them, we learned how to ride them and each had a go taking them around a couple of trees with their trainers, called mahouts, nearby. I was grateful for the presence of the mahout especially when I forgot the commands for "go," "stop," "turn," and "lie down." I was surprised at the similarities of riding a horse and an elephant.

One massive difference, of course, was the size. The moment I mounted the elephant and sat in the area just behind its ears, I realized the ease with which it could buck me off if irritated, making it clear that I was at its mercy entirely. This made me a bit nervous as we didn't need to sign any sort of waiver. 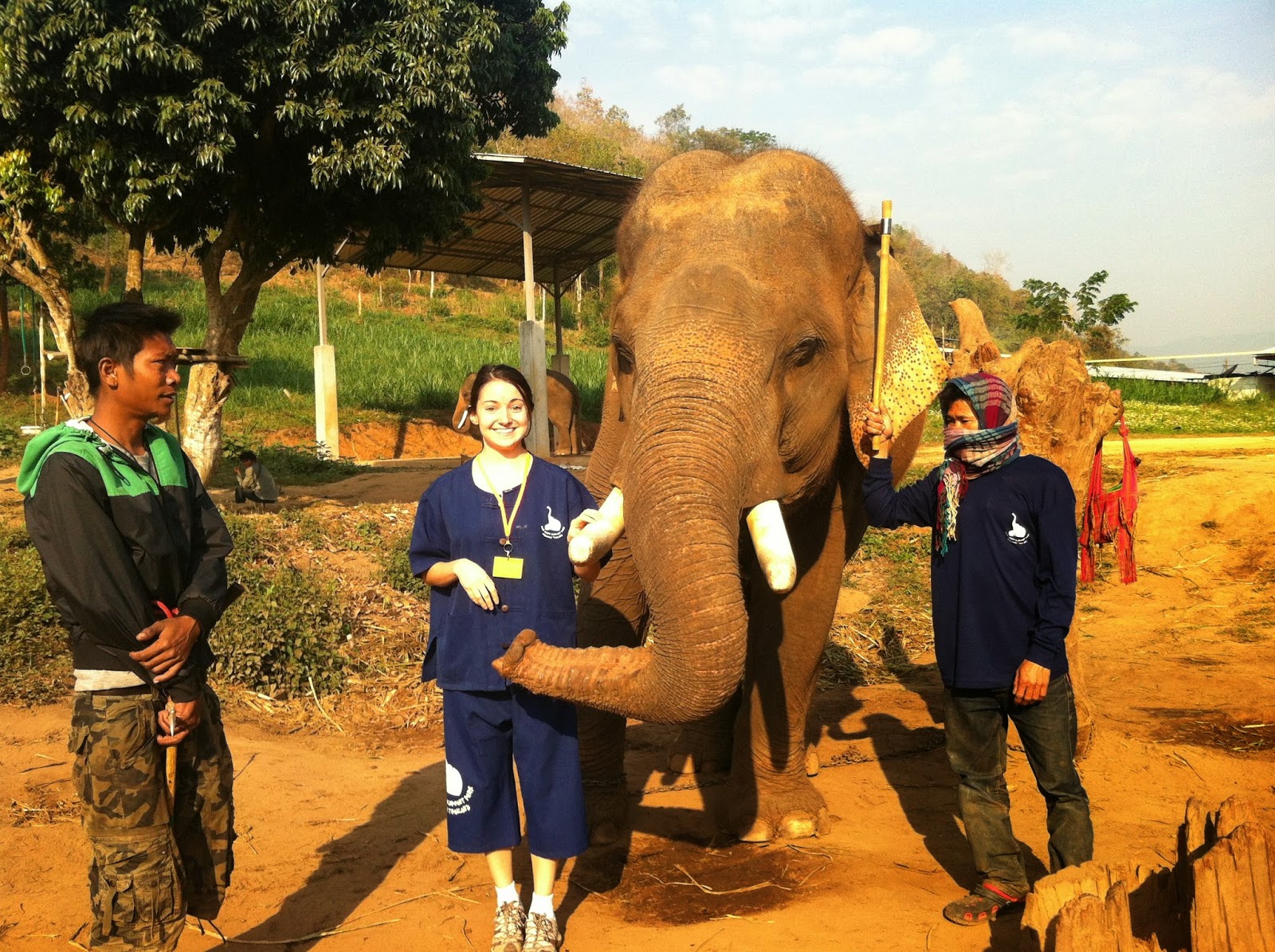 After riding around on the elephants for about an hour, we dismounted with nice and sore legs and gave the pachyderms a bit of a wash. I was a bit skeptical about getting into a cold pond filled with elephant dung, but decided it was a once-in-a-lifetime experience. At the end of the day, we ate some pad thai, said goodbye to our new friends and parted ways. 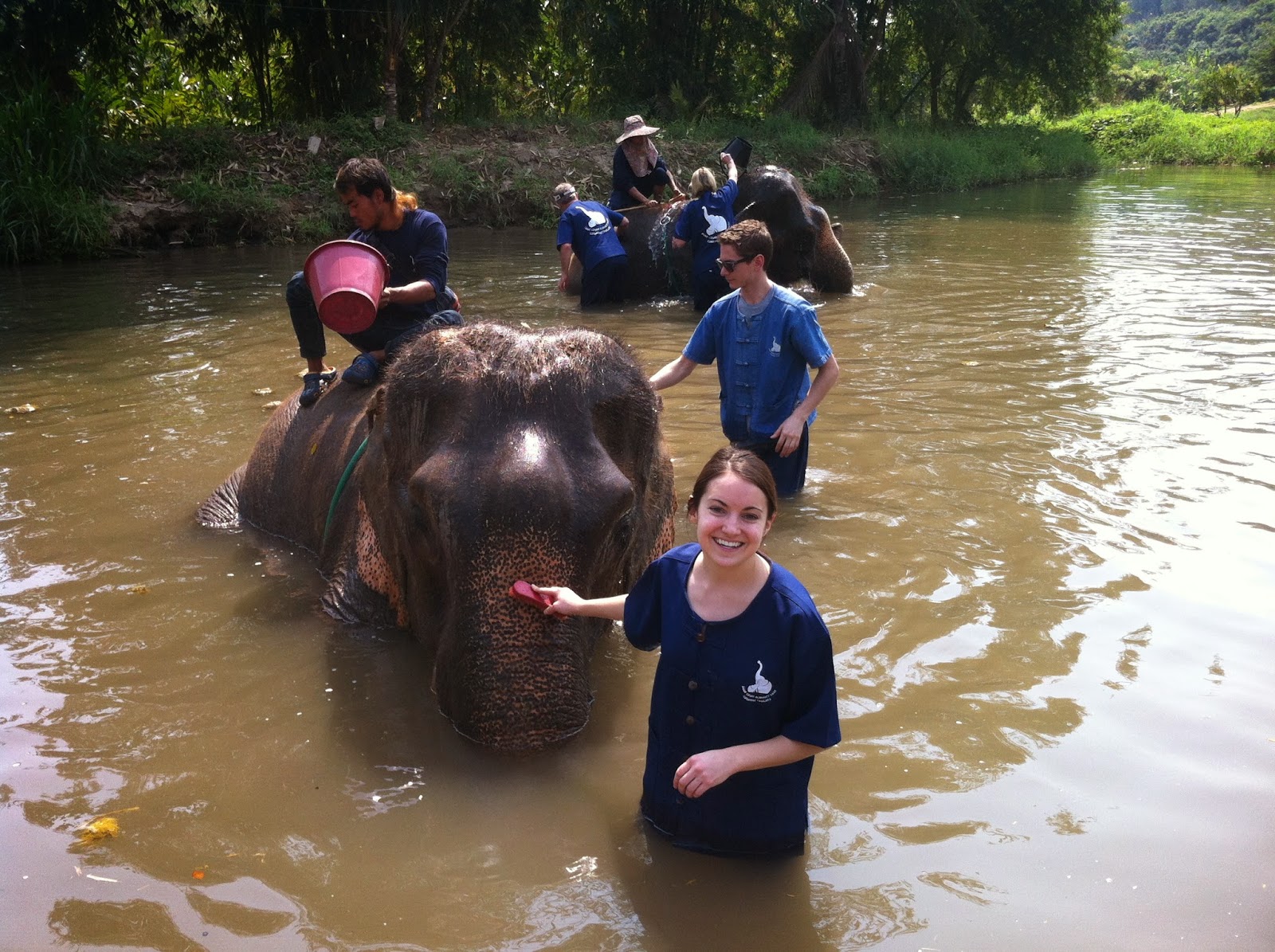