I discovered this morning that I have learned to laugh at myself, literally. This newfound ability, possessed by few, is sure to open limitless doors for me. For the past three days, I have set my alarm for 5:00 AM to simply give myself the option to attend 6:00 yoga. Yesterday, my brain heard the dreaded chime of the iPhone alarm and asked me if I was freakin’ kidding (literally, the terminology my brain used) and instructed my body to sleep until 7:45 instead.

I wasn’t going to take that rebellious attitude from my maniacal mind this morning- oh, no. I was done putting up with its lazy attitude and decided to get my butt in gear (is that a saying?). I jumped out of bed at 5:00, dressed for yoga, grabbed lunch for work and hit the beautiful, traffic-free road by 5:20. Leaving this early put my arrival time at the studio around 5:30, which is a bit too prompt to attempt to enter class. I also realized while driving by that it was still pitch-black inside- a good indicator that the instructor was still snoozing or en route. 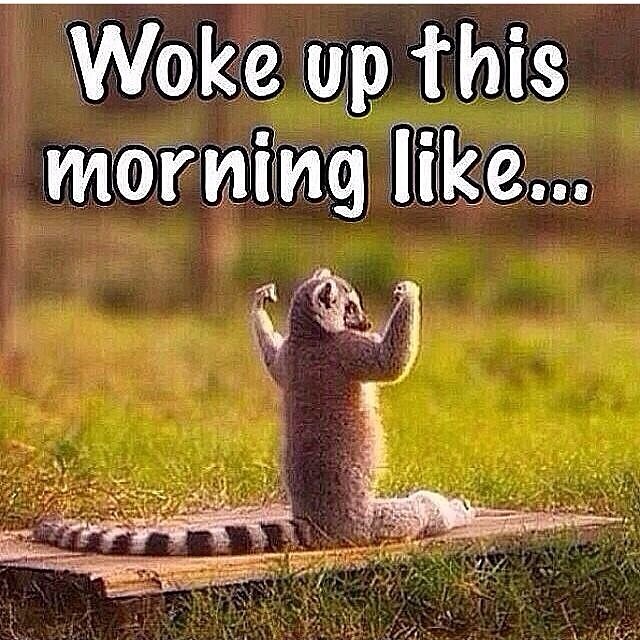 The first thing I noticed when I parked in the garage was that my car had no vehicular company whatsoever. I assumed this was simply from being a good 30 minutes early and put my seat back and turned the radio up. After about 10 minutes, another car parked in the garage, I reckoned that was a good indication I could go inside. I greeted my fellow yogi with a nod and “good morning” and we walked to the studio, which still had a locked door and not a single light on.

He and I stood there, alone outside the studio, as an awkward silence descended upon us like an ominous storm cloud. Eventually, he caused the dissipation of the silence cloud by asking if the classes normally start this late. I shook my head no, and we began chatting about how we liked the studio, where we were from, blah, blah. At around 5:50, he expressed his concern that, perhaps, the instructor forgot to set his or her alarm. Then, it hit me.

“Oh man… I think Fridays are the one day when there isn’t a 6 AM class…” I announced, as my eyes widened to the size of shiny quarters in the horrific revelation that I had dragged my bum out of bed two hours earlier than necessary.

Instead of getting angry at realizing I lost hours I would never gain back, I bent over in crippling laughter, a fit that my comrade yogi immediately joined me in. We stood there, laughing at our own misfortunes for a good five or ten minutes. When we finally caught our breath, we departed, and I went for a run. The End.