As a self-proclaimed crazed, lunatic-level Lord of the Rings fan, I am in Heaven spending time in New Zealand, Middle Earth in the figurative flesh. Of course, a large part of my "to-do" list while here includes seeing sights from the films. Doing so has not been easy, as Peter Jackson chose to film all over both the North and South Islands. So, Lord of the Rings and Hobbit fans must prioritize when visiting the country or be willing to empty their bank accounts. Want to visit The Shire as well as Fangorn Forest? Sorry, you're going to have to choose. The Shire is on the North Island near a small town called Matamata, and Fangorn Forest is at the bottom of the South Island in Fiordland. 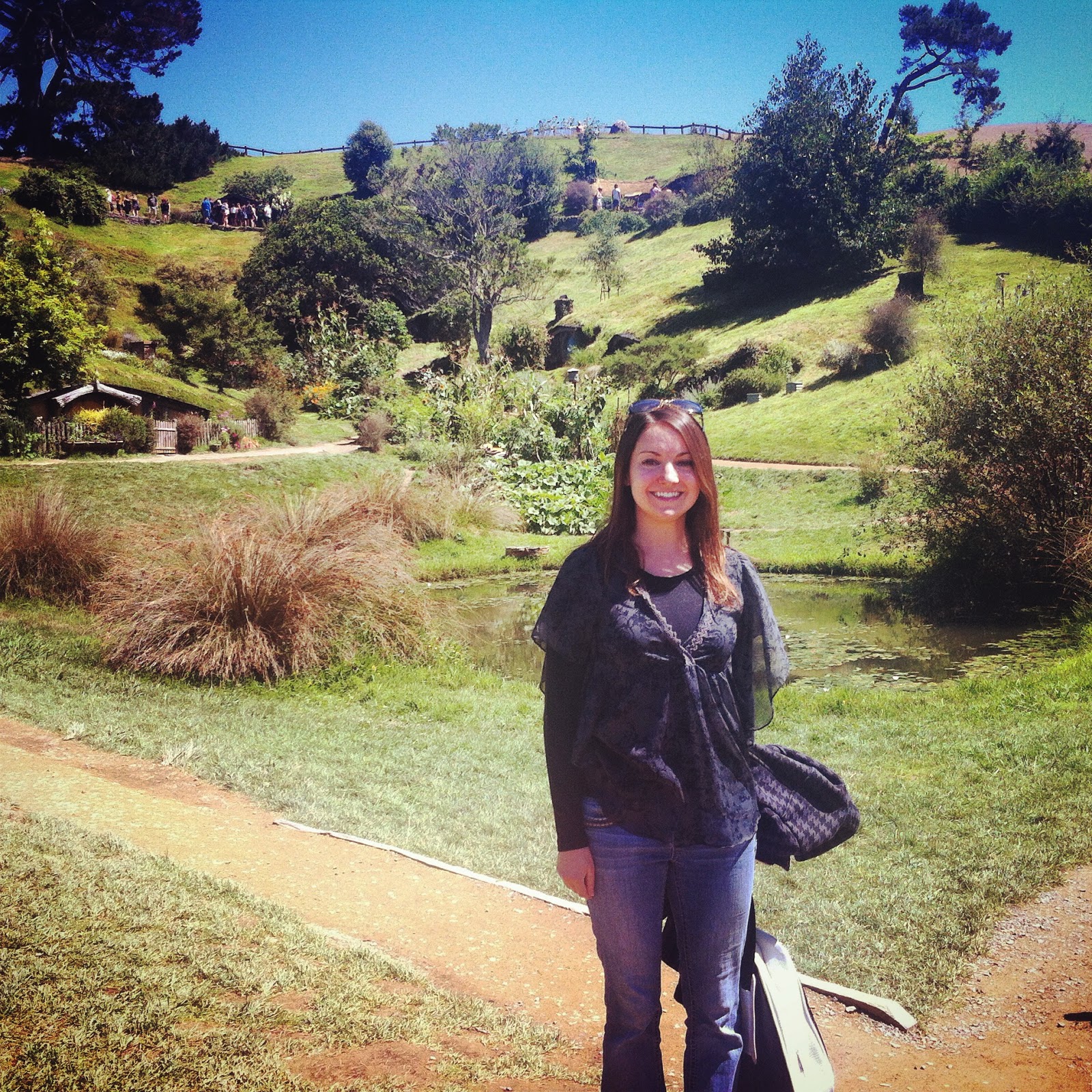 The lover of Hobbits that I am, I personally fancied a visit to their wee homes and went to possibly crazy lengths to get there. We flew into Christchurch, on the South Island, and then quickly flew up to Auckland to spend a day, and what a day it was, venturing into Hobbiton.

We arose just brimming with excitement to begin our long journey to Matamata, where we would begin our tour of Hobbiton. The flights, the long bus rides, and the sheer effort put into getting there all became worth it the second we laid our eyes on the green, rolling hills of the Shire featured in Peter Jackson's films.

It even made me forget about a charming man with whom we had shared a large portion of the bus ride and spent that time telling everyone about his alcoholism problem that he is trying to overcome. It even made me forget about the snooty woman on the tour who pronounced to her friend that she had only seen "one of those Hobbit movies and found it QUITE boring." Nope, never would I let it get me down! 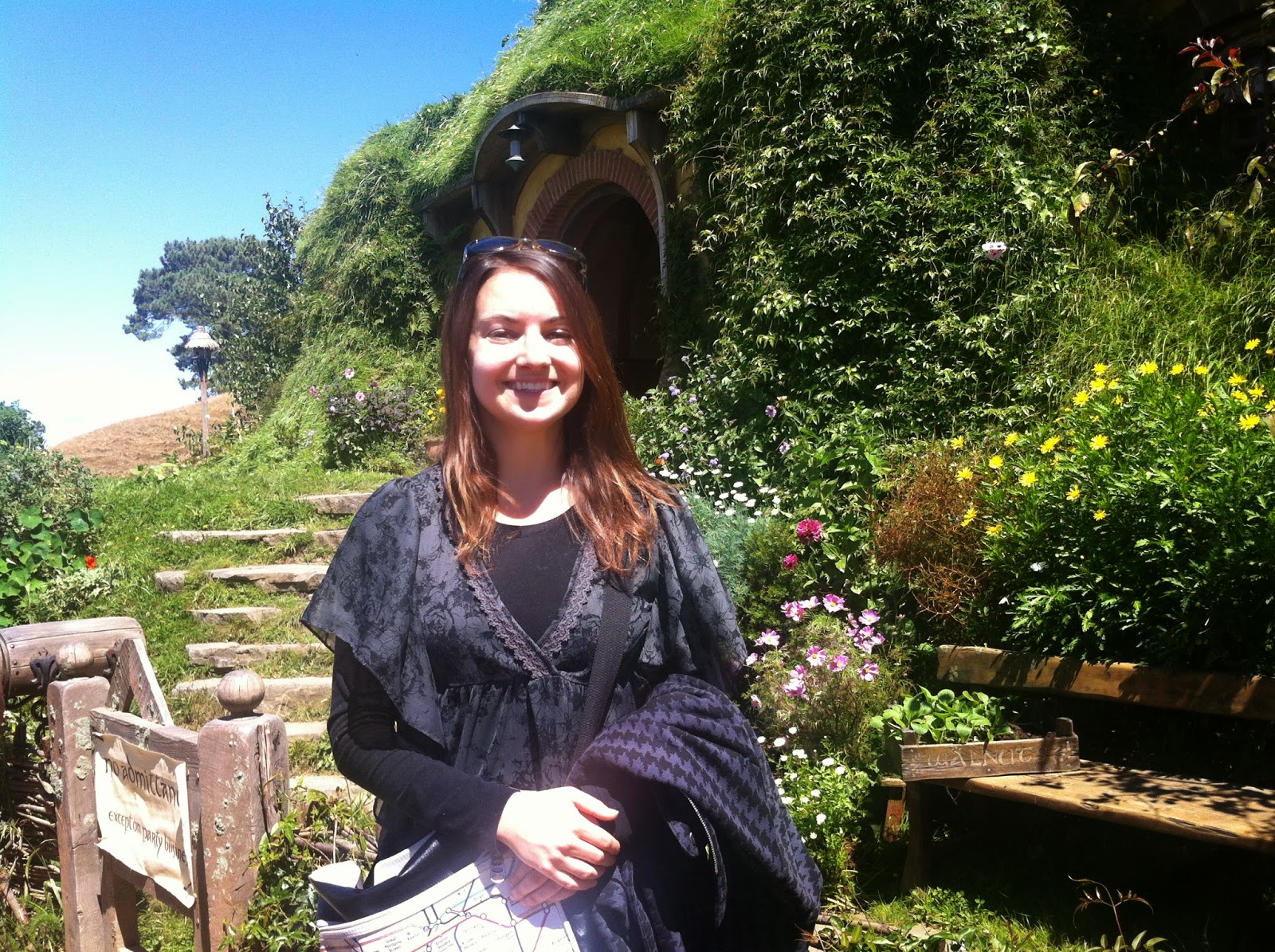 Hobbiton is nestled in a still-working family farm about a 15 minute drive from Matamata. It was as green as it was in the films and is all year-round. Gotta keep it nice and green for the tourists after all. Hobbiton is kept just as it looks in the films; beautifully green, vegetables in the garden, and trees growing all around. It was nothing short of magical standing by the party tree and being in the place where so much wonder was created that influenced my life so greatly.

We learned a lot of fun facts, like that one of the trees in the scenes is completely fake.

We got to take a walk around the set, and even saw Bilbo's house. Unfortunately, he was off on another adventure. We concluded the tour with drinks at The Green Dragon.
at March 02, 2015