Tsk, tsk, Hammer Museum! As Stephen Colbert says, a wag of my finger to you (previously, it only recieved a tip o' my hat). Instead of leaving the venue with an expanded, uplifted mind, I ran away with a splitting headache. The lack of audience members and use of the smaller public program space should have immediately tipped me off. Had I been in Sherlock Holmes mode and analyzing my surroundings, one glance into the designated room would have sent me back to the bus stop.

Hammer Museum, you let me down. This is strike one.

Experimental films never appeased me in the way they do film students. When 15 minutes of a previous film course I took were dedicated to viewing a piece of tape with parts of dead insects roll across a camera lens, I knew it wasn't for me. I like cinema that entertains, not cinema composed of scenes likely to creep into my dreams and cause irreperable mental trauma. The film clips in the Hammer screening put on tonight fell squarely into the latter category.

The confusing event title "Black Thorns in the Black Box" misled me. By the description on the website, it sounded like it was a documentary about metal music. As I would soon discover, that was not the case.

I met my friend in the screening room where we could barely hear ourselves speak over the eerie metal music. Once again, something which should have tipped me off that this would be a weird event. "Watson, what kind of events do this music genre generally precede?"Had I been thinking logically, that is the question I would have asked. I still had to give the Hammer the benefit of the doubt.

The event began at the typical five-minute-late mark of Hammer events. A woman came up and informed us that she would show three sets of short films. Vague. Should have been another warning sign. The first short film began with a nature scene. Cut to creepy, sallow-faced old man who possibly uses meth. Cut back to other nature scene. Cut to weird angle of a much younger sallow-faced man who appears to have already developed cataracts. Cut to some elk grazing. And so on for 9 minutes.

Thankfully the next clip ran only about 3 minutes. Filmed by a camera man who seemed to be having a seizure, I would not have been able to last any longer than that. The third clip convinced us to leave. The screechy guitar acting as a "soundtrack" to a visual string of events I cannot even attempt to describe, I ran out of the room clutching my ears.
at August 02, 2012

Apparently, I care about lawn chairs. I’ve always known that I typically give inanimate objects personalities and feelings. The “As-is” sect... 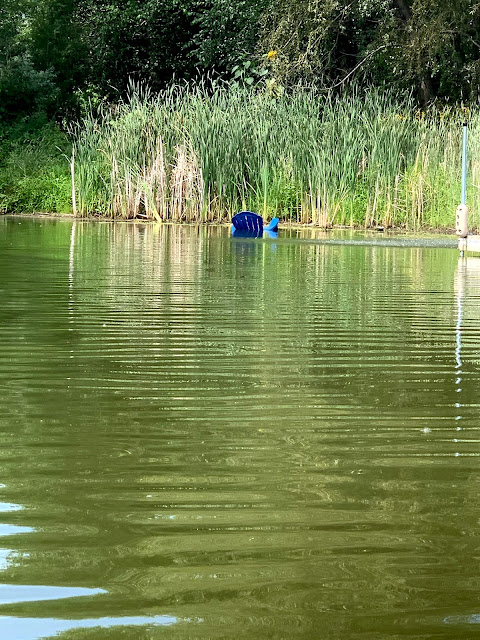