Let me begin by saying that the movie Crazy Heart sat on my desk shelf unwatched for far too long. There was a period of time in my life where I was a bit irresponsible and would often buy pre-viewed DVDs at movie rental stores even if I had not seen them just because I assumed I would like them and because they were cheap. That has led to quite a build up of unseen films in my room, and let me just say that they take up a lot of space. Anyways, that side note aside, Crazy Heart was a worthy purchase, and it brought up yet again the subjects of celebrities that just seem able to "do it all".

I think the worst offender of this category of celebrities is Gwyneth Paltrow. She sang that song "Crusin' Together" or whatever it is called (and the songs in Country Strong), she had that show where she traveled around Spain and ate their best cuisine (which is when we discovered that she is fluent in Spanish, of course), wrote a cookbook that everyone just raves about (OMG, it's better than Martha Stewart!), successfully hosted SNL (emphasis on SUCCESSFULLY, there have been some painful hosts), and of course, is an accomplished actress. Oh right, and she is married to the lead singer of Coldplay. That makes her a wife, mother, actress, singer, writer, Spanish-speaker, world-traveler, comedian and also really sexy. I guess the only area where she falls short is her ability to name children. Apple? Really? That is just unsalvageable- there are no normal nicknames that can be derived from that.

What does Gwyneth have to do with the movie Crazy Heart? Nothing at all. But that movie contains some more multi-talented celebrities. I never knew Jeff Bridges could sing. Sure, he is no Frank Sinatra, but he can definitely carry a tune. And even more surprising was Colin Farrell. Seriously? He has an angelic voice, which seems highly uncharacteristic when you consider that he is always getting in trouble for drugs and getting with women. Or maybe I am thinking of Charlie Sheen. Or both. Anyways, at least Colin can sing to make up for it.


Ok Gwyneth, you are awesome. We get it. 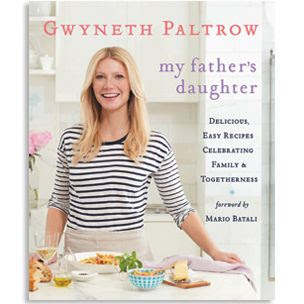